In most cases, child support  in Missouri ends when a child graduates high school after his eighteenth birthday.  As we have addressed in previous blogs, a parent’s Missouri child support obligation may also continue until a child’s twenty first birthday if that child continues his education beyond high school and meets the criteria as set forth by Missouri statute. However, in limited extenuating circumstances, a parent’s child support can be extended well past the age of emancipation; in extreme circumstances, it can be extended indefinitely. An experienced Missouri family law attorney can assist you if this circumstance applies to you.

A physically or mentally incapacitated child

According to Missouri law, a parent’s child support obligation may be extended beyond a child’s eighteenth or twenty first birthday, if that child is physically or mentally incapacitated from supporting himself and insolvent and unmarried.

In a recent decision from the in the Missouri Court of Appeals, this issue recently presented itself when  a Missouri Mother appealed a trial court’s decision that her son was not emancipated despite the fact that her son was over eighteen and not attending school.  During the trial, Father argued that his son should not be emancipated.   In support of his position, Father presented evidence that his son had a diagnosis of autism, generalized anxiety disorder, obsessive compulsive disorder and bipolar mental illness.  In addition, his father presented evidence that his son was deemed “totally disabled” by the Social Security Administration and was unable to support himself through regular employment.

A knowledgeable Missouri family law attorney can assist you in navigating the complicated and world of the Missouri family court system.  If you have an issue with the continuation or termination of child support or any other issue including child custody, maintenance, division of marital assets or any other family law matter contact the Bellon Law Group today for a free consultation. 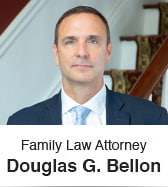