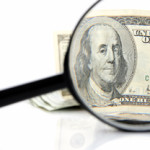 Missouri family law attorneys and judges often wrestle over how property is to be divided when that property was acquired during the marriage from one party’s separate or pre-marital assets.   In today’s blog we examine the Source of Funds Rule  and its potential application in divorce proceedings in Missouri.

It is a well-established general principle of Missouri law that property acquired prior to marriage is presumed to be separate or pre-marital property.  Likewise, property acquired during a marriage is presumed to be marital property.  We examined these concepts in greater detail in previous blogs, including how the characterization of property as separate or marital can impact the division of these assets between a divorcing couple.

A simple example of this principle is if one spouse sells a home that was exclusively her home prior to marriage to acquire another home after the date of  marriage.  The family court judge may find the second home to be the separate property of the spouse who sold her pre-marital home and applied the proceeds to the purchase of the second home.

However, rarely are situations so simple.  Often property is acquired, after marriage, from assets that are both separate and marital.  Under these circumstances the court may characterize the property, for the purpose of division, as part separate and part marital.  In a recent decision by the Eastern District Court of Appeals, the appellate court held if a premarital home was sold for $113, 902 and that full amount was contributed to purchase a new home during the marriage, the Court could find that $105,902.00 of that amount to be separate property and $8,000.00  of that amount to be marital property, when $8,000.00 of the first house was paid off during the marriage and the remainder prior to the marriage of the parties.   In Re: The Marriage of J.D. v. L.D.  No. ED 102196.

Likewise it is very common for the source of the entire down payment toward the purchase of property to be from a separate property asset, but the payments made on the remaining mortgage or lien on the property to be made from marital assets.   Under the circumstances the Court has discretion to find the property to be part marital and part separate and to make an equitable (not necessarily equal) division based upon that finding.

In addition to an analysis of the source of the funds used to acquire an asset, there are circumstances where non-marital (separate) property can be converted into a purely marital asset and equitable divided under those circumstances.  (See our previous blogs for discussion of this topic.)

It is very important to emphasize that while the Source of Funds Rule can and is often relied upon by a trial court in dividing property, the trial court is still given very broad discretion in how much value it gives to pre-marital contributions in dividing property in a Missouri divorce.  The Court of Appeals will only intervene if the ruling is clearly against the logic of the circumstances and when the decision was arbitrary and unreasonable, indicating indifference and a lack of careful judicial consideration.  Comninellis v. Comninellis, 99 S.W.3d 502(Mo.App.W.D. 2003) In other words: your family law judge has wide range of options in dividing up assets in a divorce  and must consider many  factors, including the source of the funds used to acquire property.

Based on this discretion, it is important that client’s work closely with their attorneys to have an understanding of how the judge presiding over their divorce is likely to view the particulars of their situation.

If you are faced with a potential dissolution of your marriage or have questions about your situation, please contact our office today for a free consultation.